Home > Blog > Which is Better Laptop or an iPad? 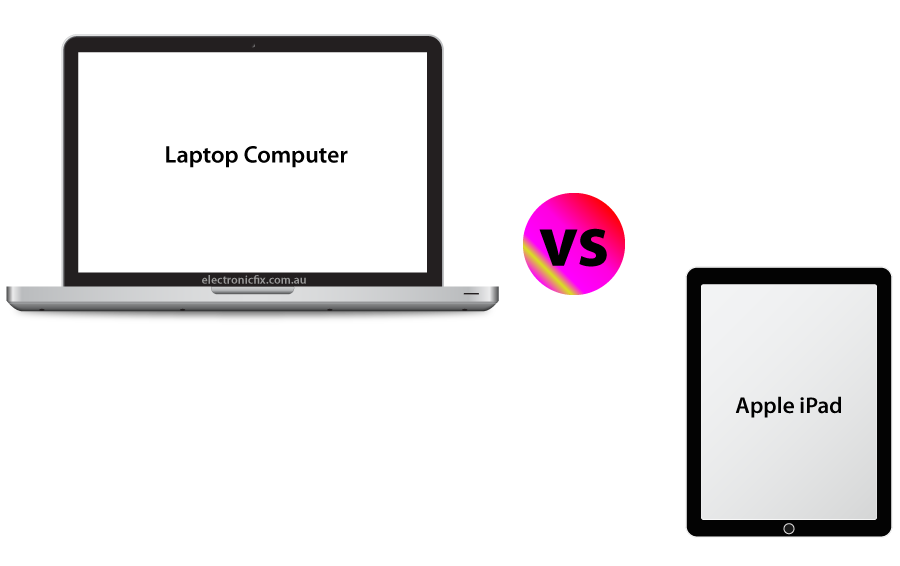 Which is Better Laptop or an iPad?

If you are like most of us Aussies, then, you either have a good laptop device, smartphone that’s synched with it and that’s about it when it comes to portable computers. And for those where budget isn’t not an issue, they may have everything (Apple iPad, MacBook Pro, iPhone) or (Samsung Galaxy Tablet, Asus Gaming Laptop, Android phone).

Since most of us live in a world where family budget cannot be splashed, we must carefully consider the money we spend on technology, if you’ve been considering to purchase a brand-new laptop or asking yourself if you should buy the latest Apple iPad Pro equipped with Apple’s M1 Chip, then, this blog post will be insightful as our team here in Brisbane The Electronic Fix will guide you to understand the main differences between Laptops and iPads.

First of all, if you can afford to buy both type of portable devices, then, by all means go for it, buy and use both as they are unquestionably useful devices.

Both a laptop and an iPad have their own unique advantages, as a result, you should strongly consider your own specific requirements while asking yourself

Laptops are chosen because of their stronger performance capacity (faster CPU, RAM, more Storage Space etc.), which allows them to be efficient as a desktop computer. On the other hand, Apple iPads are great for anyone that prefers mobility. In order to choose between the two, identify the main purpose of usage, ask yourself will you use the device for:

The reason you would want to brainstorm and identify the usage is because there are countless models of laptops (i.e., Dell, Lenovo, Acer, Asus) as well as there are different models of iPad devices (pro, air, mini). While here, do keep in mind that The Electronic Fix can upgrade laptops as well as fix iPad devices in Brisbane.

Working out the main purpose and how exactly you’ll be using your new PC can also save money (in some cases thousands of $ dollars).

An iPad is perhaps the best choice if you prefer a lightweight and portable gadget that is powerful enough to handle the basics. Any action you can perform on your smartphone, like watching a YouTube video, purchasing an item on Amazon or reading an eBook can be done with ease using Apple iPad.

Although you could use a laptop for similar activities, when better portability is what you want, iPad works better than a laptop because you can take it with you almost anywhere with ease, from the kitchen to living room, or from the office to meeting room.

iPads are significantly smaller and also lighter than laptops due to their size. Weight of an iPad Pro is around 487 grams and Height is 250.6 mm whereas a laptop can weigh anywhere between 2 to 5 kilos.

The size and weight disparity between the two gadgets has its own set of advantages.

iPads are compact and portable due to their small size and weight. This makes them ideal for those who are constantly on the move or travel frequently.

Laptops on the other hand are built for performance because a laptops and notebooks must be spacious enough in order to accommodate larger capacity CPU, RAM, cooling fans as well as a keyboard, mouse pad and even a larger screen. Some models of Laptops have powerful processing capability which can be extremely powerful.

You and I both need to admit our honest mistake of not plugging in the cord correctly for charging our devices. And just when we need our device to be ready fully charged, its flat, empty, so thus can’t be used. Basically, a portable computer (PC) and electronic gadgets are worthless if we can’t use it due to no power.

The battery design of iPads and laptops differs significantly. Do not be misled by Apple’s claims that an iPad Pro version will last up to 10 hours of surfing the web on Wi-Fi or watching videos. Because it’s likely that you’ll use the device according to your own way. Also, Apple uses Lithium-ion Batteries which are considered to be good, and yet, you will need to recharge it often when used consistently.

Laptops do provide additional options when it comes to battery life, especially if the model of laptop you buy has detachable battery. To begin with, some laptop models provide 7+ hours of use per charge, and you can also buy an additional battery as a backup, ensuring running out of charge a thing of the past.

Tablets such as Apple iPads are designed to fulfil specific usage needs of consumers, and there are also many low-cost tablets available on the Australian market. The design aspect of tablet devices limits and also reduces device’s functionality. Although iPad can have 256GB capacity (which is still huge amount of space) laptop device can store terabytes of data (1 Terabyte = 1000 Gigabyte).

So if your usage needs need plenty of space, then choose accordingly. Having said that, both iPad and laptop can have additional storage space when needed by using External Disk Drive through USB connections.

No tablet including Apple IPAD can even come close to performance power found in high-end laptops in 2022. Take for example our latest review for Asus ROG Strix Scar 17 (2022) G733 laptop, that is one powerful computer as if like Roger The Buff Kangaroo.

Keep in mind that the processing power of both laptops and iPad has an impact on how well software programs runs. That means, if you need fast performing device for multitasking, then, laptops cannot be beaten when it comes to performance.

The price for computers in Australia is one area where you should really do your research before you fork out your hard-earned dollars. 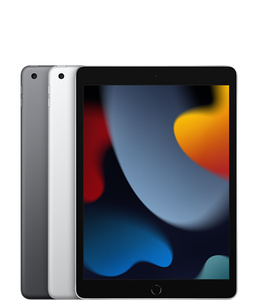 If you are on a tight budget, then, you may find second-hand iPads for much cheaper prices. 2022 prices for a brand-new Apple iPad differs depending on the model and specs, currently:

Price for laptops also differs according to the specifications you want. You can find a budget laptop in Australia for around $1000 and still get decent performance out of your machine. At the same time, high-end gaming laptops can be pricey starting from $3000 to $6000.

Surely, what you’ll pay is totally dependent on your allocated budget. All we can say is the facts, and that is, at times, upgrading your old laptop device can work out to be much cheaper, and also better in terms of performance. It will all depend on your current laptop model and its upgradability options.

Is There a Laptop That Works as a Tablet?

Yes. There are many different ranges of laptops that you can switch the usage as if they were a tablet. These are called 2-in-1 PCs given you best of both worlds. Why not have a tablet & a laptop as just one device. There are plenty of 2-in-1 laptops such as Dell Latitude or Asus Zenbook Flip S13 for those who want the laptop that also works as a tablet.

Which is Better? Apple iPad or Laptop Computer?

Meaning, if you can afford to buy both, then do so, because you’ll find uses for both type of devices. And, when we say neither is better, that means, using either one will be better than the other only according to your specific needs.

Moving forward, iPad is without a doubt the best tablet available in 2022 as it can perform the majority of basic tasks that a typical person requires from a computer device. Should you decide to purchase one, then, do realise that Apple Devices works best when synched with other iProducts such as Apple MacBook Pro and iPhone.

When you need a device to perform everything else but the basics, then, we advise you to purchase a laptop computer.