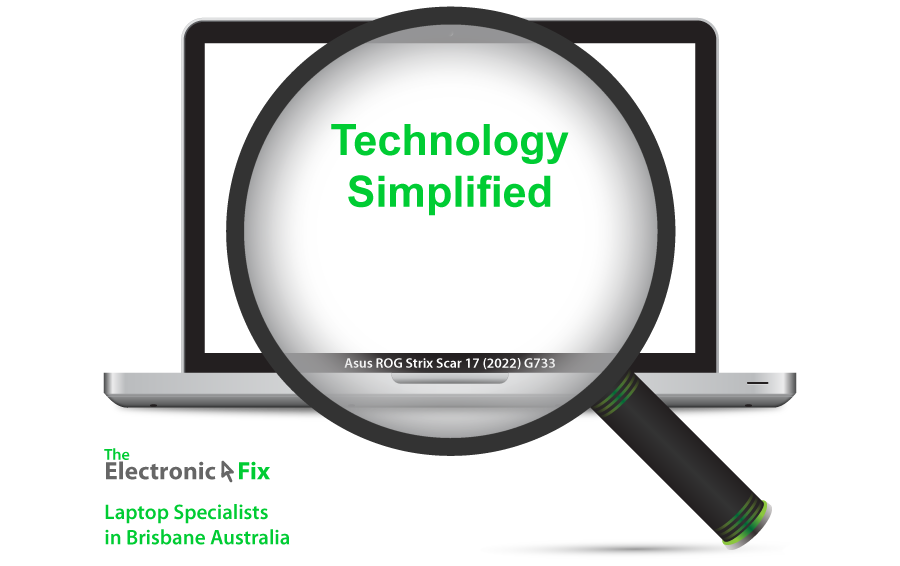 There is no doubt that the world of video gaming has changed in Australia. Gaming consoles are improving, but laptop or desktop devices are the real weaponry when it comes to the winning edge and that immersive gaming experience.

If you are a gamer, then, you’d already know the laptop brand "Asus" and its ROG – Republic of Gamers series has been producing decent laptops for gamers over the years. And yet, since the technology is constantly changing and improving, and since new High-Definition visual experience is sought after by most Australians, laptop manufacturers must keep up with insatiable demands for faster gaming machines.

Been saving up your hard-earned dollars for a brand-new gaming rig? Overwhelmed with the available choices in Australian computer market? Let our team here at The Electronic Fix laptop upgrade service in Brisbane enlighten you about Asus’s latest gaming beast ROG Strix Scar 17 G733 (2022 Models).

Asus has stepped up with this latest laptop model ROG Strix Scar 17 2022 Series that is designed for a hardcore gamer. Here are the new models

With a price tag for around $5000 Australian dollars, it isn’t a cheap gaming machine, but then again, you don’t buy high-end laptops every day. So, if your budget can afford it because you’ve been saving up for the best gaming laptop in 2022, ROG Strix Scar 17 (2022) G733 models is one of the best gaming laptops currently available in Australia for that price range.

Are you a parent looking to surprise your child by buying a brand-new laptop? Asus ROG Strix is a good choice to consider. Have a different laptop in mind? Talk to The Electronic Fix Asus laptop specialists in Brisbane here. 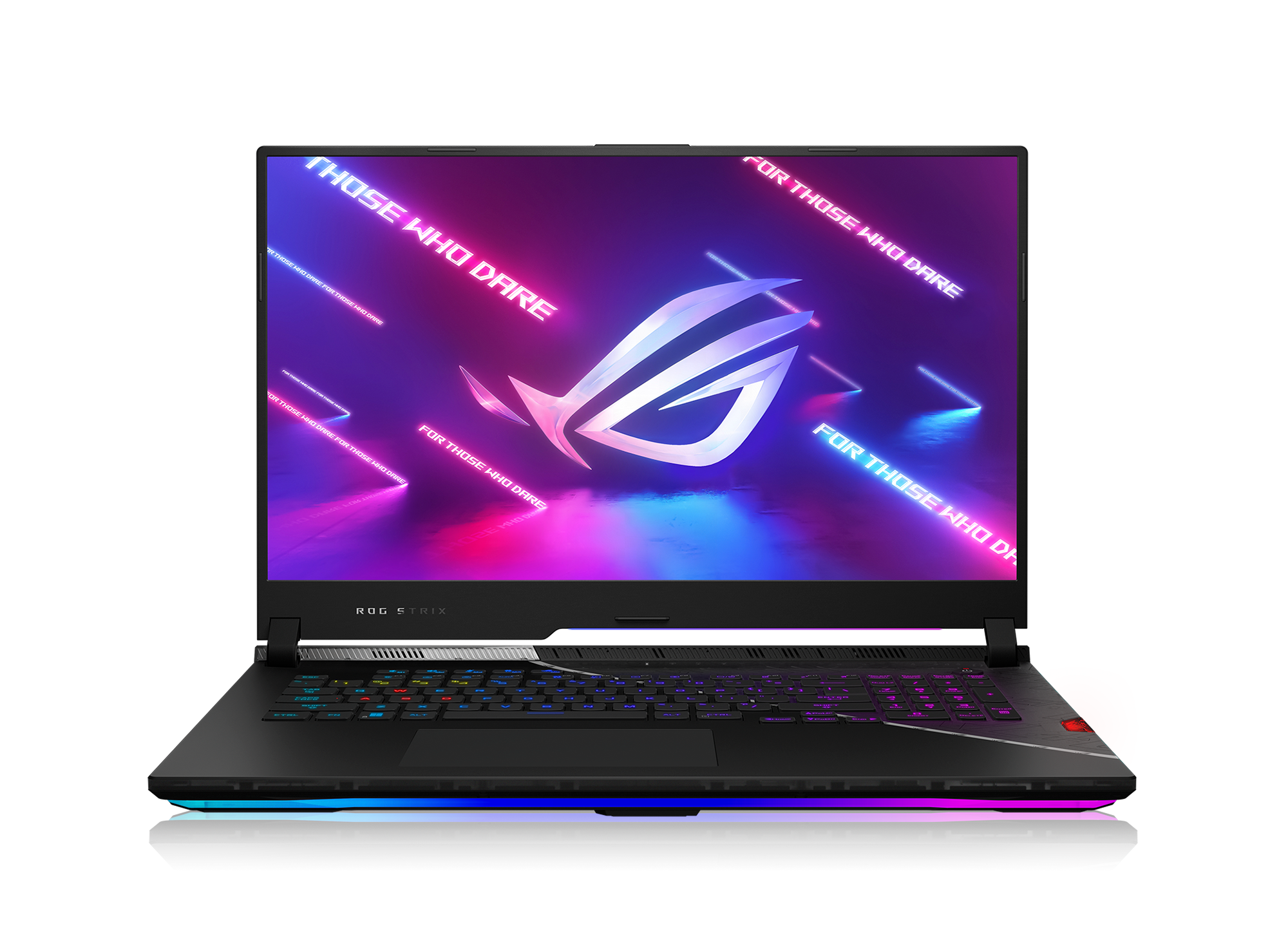 I had a problem with my touch-screen on an ASUS notebook. I first took it to my local computer place in Lismore, and because they couldn’t open the screen case, they said they couldn’t fix it. I thought there had to be someone around who could. I searched and found John at The Electronic Fix at Everton Park, Brisbane. He was able to replace the screen and also replaced a faulty battery. John explained the pros and cons of touch screens and on how to charge the battery properly. He and his wife were very friendly, courteous and passed on a lot of information about the ASUS notepad. I would recommend John at The Electronic Fix for anything relating to PCs.

Over the years, Asus in Australia has proven itself as trustworthy and reliable brand when it comes to computer and laptop devices. They have been innovators (ASUS ZenScreen OLED MQ) as well as leading the battle torch of dominance in the virtual gaming world with their gaming laptops. In 2022 with the release of new ROG Gaming Laptops, ASUS once again is on its way to becoming one of the best computer brands and laptop manufacturers in the world.

Strix Scar 17 with its excellent ratings and user reviews, has become gamers favourite in a very short time. Having power-packed hardware and performance boost at the user’s disposal, G733’s 2022 Series with its well-built design has surpassed Asus’s previous gaming laptop models, such as the previously released Asus Scar models with Intel i7 or AMD RYZEN™ 9 5900HX editions.

Hardcore gamers know the culprit is overheating which disrupts game play or worst yet, burns the CPU or other laptop component. Because with full specs comes a challenge, heat build-up. Although most laptop manufacturers trying new ways to combat this eternal problem, Asus is leading way as ROG Strix Scar line-up provides four cooling fan systems and utilises Thermal Grizzly Conductonaut Extreme which is a thermal interface material intended for ultra-high-performance scenarios.

This compound reduces CPU temperatures by up to 15° C compared to traditional thermal pastes. ROG engineers developed Conductonaut Extreme liquid metal which has about 20% improved thermal conductivity over the original Conductonaut. So, what does this really mean? It means that when other gaming laptop manufacturers are thinking about improving fans, air intake and outlet, Asus is thinking about the crucial factor ‘heat dissipation’ using newer creative ways.

Although we do not like to recommend a particular model of laptop brand (because we continue to fix all models of laptops in Brisbane) let us just say Asus’s ROG Strix Scar 17 nails it as far as what a high-end gaming laptop should be in 2022. It has the hardware for performance thanks to:

We can confidently say that these are one of the best specs available in March 2022 for gaming laptops available in Australia. You can use such a laptop not just for gaming, because such powerful specs will handle almost anything you can throw at it (content creation, screen recording, video editing and other heavy tasks).

Residing in Brisbane Australia and got an Asus Laptop in need of a repair or upgrade? Simply contact The Electronic Fix