Although new gaming consoles are built to last, they can run in to issues. When you want to get your game console repaired in Brisbane, and are looking for fast and affordable game console repair service, call us (07) 3613 0029. At this stage, you may be wondering what the problem is, below we have outlined some of the typical game console faults we encounter, and can repair the following consoles:

Xbox and Xbox ONE Problems 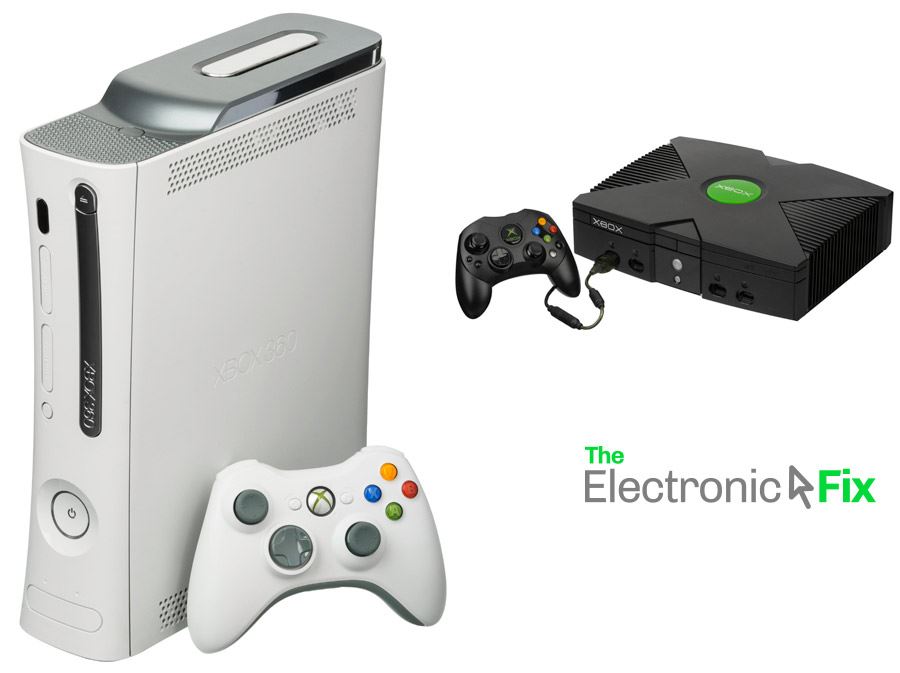 These are common error alerts that will prevent your Xbox game console from turning on properly. Lots of repair places will usually say these are unrepairable, but we have dedicated the time to thoroughly understanding why these problems happen and have found a way to fix them.

Xbox is turning off randomly

Does your Xbox crash in the middle of you playing a game? Or does it shut down after showing the logo? These sort of power-related issues have been plaguing Xbox consoles since the days of the Xbox 360, so we have been working on them for years, and are sure we can get your xBox back to you quickly.

Xbox vents cover most of the sides of the console, it makes sense that the fans will get clogged up with dust because of how huge the vents are. We can give your fans a thorough clean, replace any parts that have worn out, and even replace your thermal paste so your Xbox can cool to its maximum potential allowing hours of gaming without overheating

Xbox not turning on

We can replace the Xbox power supply with high-quality parts that come with a 1-year warranty. It could also be a motherboard issue from a lightning strike power surge (which unfortunately occurs often in Brisbane Australia). Our team has many years of experience working on Xbox motherboards and can fix your Xbox game console quickly.

Xbox disk stuck in the disk drive or drive not working

Are you Xbox disk slot not sucking in your disks? Has a child jammed something inside? We understand this because we’ve seen it numerous times before. The disk drive is a complex mechanical piece that we have mastered repairing. With our Xbox repairs solutions in Brisbane getting back to gaming sooner is just a matter of calling (07) 3613 0029

These issues are frustrating and when you ask the wrong person, most will tell you it cannot be repaired, or to buy a new one costing you hundreds of dollars more. But you can save money when you bring your Xbox game console to us because our repair costs are reasonable. Issues like 5-second power loss, and instant turn-off are manageable issues that can be fixed with the correct diagnosis and reliable action taken.

Xbox turns on no but won’t display on the TV

You no longer need to worry that your Xbox shows HDMI but with no signal. It happens especially when the white light stays on. This is most likely A-Smile HDMI port replacement.
A job that is easy to get wrong if in the hands of an under qualified technician. We can easily fix these types of xbox issues and return your console back to you with a perfect HDMI port.

Using the latest technology, original parts and the latest techniques, The Electronic Fix can fix all problems with Xbox consoles as we have the tools and the “know-how” whether its a well-known problem or a problem that has never been seen before. For FAST and Affordable xbox repairs call (07) 3613 0029 or Contact Us for Xbox Repairs

All your PlayStation needs are covered at The Electronic Fix because we do everything from simple part replacement to complex motherboard repairs on PlayStation consoles. Using revolutionary Infrared Reflow tools to fix the dreaded Blue Light of Death that has been plaguing the Sony Playstation for the last 2 generations. Not to mention Auto-Eject issues caused by having the touch-sensitive power buttons on the CUH-1000 series / CUH-1100 series which requires in-depth knowledge of Sony Playstation’s inner workings. Call us for prompt and cost effective Playstation repairs (07) 3613 0029 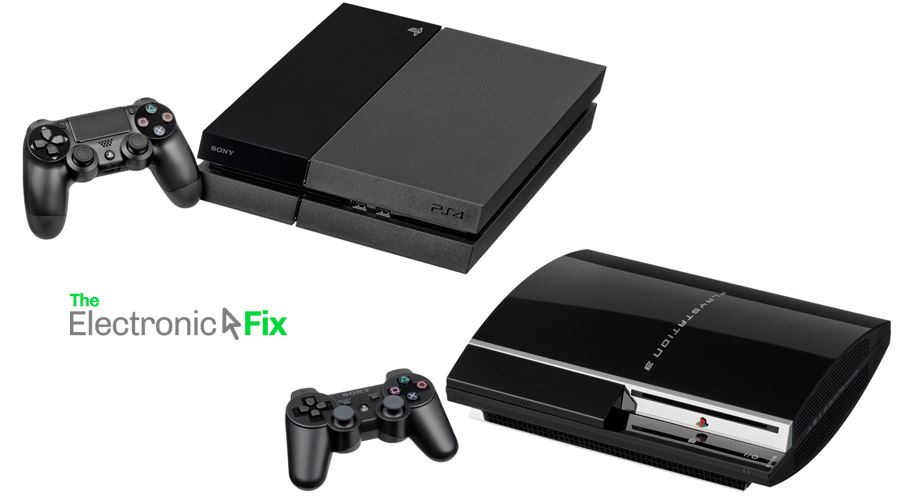 Many game console repair shops can’t fix issues caused by faults in the motherboard, and yet, fixing motherboards are also our specialty, we can get your PlayStation back up and running in no time. Unlike others, we provide our valued customers with 1-Year Warranty on all repairs, rest assured, you too will get professional service

PlayStation CAN NOT START screen

When the console does not start, most people try to find fixes online spending hours following instructional videos on how to offline update the PlayStation. Keep in mind that although some PlayStation errors are software related, they can also be caused by failing hardware. That means, getting a professional technician to service your game console not only will save time but also can avoid major problems in the future

If you can’t play games or watch Netflix online because your PlayStation keeps asking to update and when it finishes the update, it will just ask for the update again, this can be a sign of a serious problem with your hardware, and there are tiny fuses on the board that could be the culprit. There are only a few people with the tools and the skills to fix such PlayStation hardware problems. What others would call unrepairable issues is an easy fix for us. We can get your PlayStation working back to you in no time

The infamous BLOD (Blue/White Light of Death). This issue was common from early PS3 days (GLOD for PS3).
We No Longer Offer This Repair, Due To The Age Of These Consoles

Disk Stuck in Drive or Disk Holder not working

The Playstation disk drives are one of the most vulnerable parts of your PlayStation, they are always open, can get full of dust and not read disks, and kids can put all sorts of things in there as well, sometimes it can have too many disks inside, fortunately, we can safely remove any foreign objects and fix any damage in the internals of your Playstation. You can be back playing games in no time. Simply call (07) 3613 0029 or Contact Us for PlayStation Repairs in Brisbane

Sometimes a console just needs some attention, we can replace worn-out fans, reapply thermal paste, give the console the chance to work as good as new, all at a reasonable price. Most consoles will give you a warning if they are overheating, some won’t, it’s our job to diagnose your console and let you know exactly what needs to be done to keep your console operating error-free

The Playstation thought that touch sensors would be a great idea on the console, to make it look cool and futuristic, but since CUH 1200 model they went back to mechanical buttons. There are still a lot of people out there who have the 1000/1100 models, these models are rife with eject problems. They are easy enough to fix, and you don’t need to tape up your button so it can’t be used. We will carefully repair or replace your button on the console and with our 1-year warranty, you won’t need to worry again

The original PlayStation 4 came with 500gb of storage, which isn’t much in 2020 to fit new games. At The Electronic Fix, we can upgrade your console to larger Hard Drive and transfer your data across as well. This will allow you to keep all your saved games installed at one time. Our Hard Drives come with a 1-year warranty for a stress-free purchase. Basically, whether you or your children are using PlayStation it requires HDD upgrade for hassle free gaming experience Contact Us for PlayStation HDD Upgrades in Brisbane

Here at The Electronic Fix we have over 10 years of quality repair experience and have been working on Nintendo Switch since shortly after their release in March 2017. We are constantly improving our repair methods and can repair many issues that no other game console repair companies in Brisbane will touch, including Motherboard repairs and Battery replacements. All our repairs come with a 1-year warranty. We are looking forward to fixing your Switch and getting you back to playing the way you like. Simply call (07) 3613 0029

Nintendo Switch does not turn on

Nintendo would like you to spend time sending the console back to them, which is time and money. Depending on the issue, we may be able to fix it on the spot. Power issues can be caused by many things, we have the proper tools to quickly test and diagnose your switch and have it back to you with minimal delay.

Sometimes a touchscreen is faulty, or sometimes the touchscreen gets damaged in your bag. We know it can be very frustrating when the switch only sometimes responds to touch. The last thing you need is to have to wait and send it away. Get it fixed right here at The Electronic Fix free of stress with our 1-year warranty.

Scratches on screen from the Nintendo Switch Dock

The biggest wear on the switch is constantly light scratches on the screen from docking the console, eventually, you can wear a long think line of scratches across the screen, when that happens the touch can start to fail. This has been occurring for years, and we have replaced hundreds of Nintendo screens, we will happily replace yours at most competitive rates

Do you have one side of your switch not charging the controllers or both? Maybe the Joycons are working in wireless mode. You don’t have to fork out $120 bucks for a new set just because one isn’t working properly. Instead get it repaired fast with 6 months warranty, because its cheaper than buying a new set

Is your Switch freezing mid-game or is the screen sometimes changing brightness for no reason? This is something that most other repair shops won’t touch as this looks to be a complex motherboard repair, the reality is that most of the time this is a simple repair. We have had many thankful customers who come from other stores after being told it can’t be fixed, and they have had it back the next day.

As the switch is now over 3 years old we have seen an increase of low battery life in the Switch consoles. Our batteries come with a 1-year warranty for your peace of mind, and will get you the “3BOTWH” (3 hours playing Breath Of The Wild) or 5 hours if you have the second version switch.

Did an 8-year-old put a game in the wrong way, or does the game slot only work sometimes? These issues happen all the time, and always cause headaches, the game cartridges are remarkably durable, hardly ever broken, the port itself is a huge open spot into the console, prone to liquid spills causing game read issues, all of which are fixable.

WiFi issues are unbearable when trying to play with friends, we understand this. Whether it is sometimes dropping out of wifi or not detecting wifi. We are confident we can get your issues sorted so you can get back to playing with friends without any interruptions. Nobody likes a lag

Nothing is more annoying than a platformer game you can’t beat because your JoyCon is faulty. Sometimes the stick will drift to the left or right. JoyCons are expensive, but an easy and quick fix. So don’t worry about buying a whole new one, you can have it back fast and hassle-free, it’s a same day repair.

Game consoles are part of daily Entertainment which most of us Aussies can’t live without. We understand that its just frustrating to have your game console not working or functioning the way its supposed to. We also understand that game consoles and their accessories aren’t cheap to purchase new whenever there is a problem. Its almost always cheaper to get it fixed but not everyone can fix PlayStation, Xbox or Switch issues professionally and affordably. We’re here to help, simply call (07) 3613 0029 or
Contact Us for Console Repairs in Brisbane