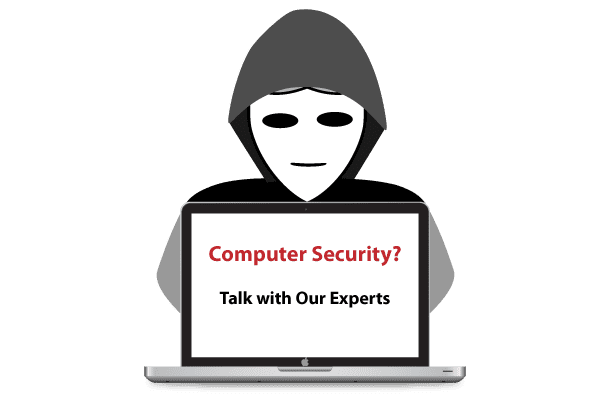 How to Secure Your Apple MacBook Laptop in Public Networks

While it is convenient to use your MacBook for work in a coffee shop, in any other public place or in Queensland TransLink network, this activity poses security threats in terms of malware and hackers as well as plain old-fashioned theft and damage. Here are some tips to make sure you are amply protecting your MacBook Laptop while you are out and about in Brisbane.

The Actual Cost is Scary

Each year in Australia there are thousands of cyber breaches affecting businesses and individuals. Although most of these breaches may go unnoticed as they usually affect the small business community, occasionally, cyber attacks and breaches impact larger organisations. According to the latest ACSC Annual Cyber Threat Report in the year 2020 the actual cost of cybercrime in Australia was in the vicinity of $29 billion Australian dollars. That’s a scary figure.

No Such Thing as a Free Lunch

Free Wi-Fi is a contentious subject in Australia because on one hand it may be welcomed with open arms (especially for students) and on the other, it can open the door for malware and hackers. If you value your data and account security, avoid (as much as possible) using general public Wi-Fi (or triple make sure you are using trusted access point) because you don’t know who else may be connected to the same Wi-Fi signal.

Public place Wi-Fi is like data gold mining for hackers because they lie in wait connected to unmonitored networks so that they can sniff data travelling through the air to gain access to someone’s computer. Always consider using your own portable internet device or mobile hotspot.

Furthermore, protect all your digital devices with strong password so no one else can access it. Sharing your Wi-Fi login credentials with strangers is not caring. Critically, realize that just because the public network connects uses 🔒 secure connection does not mean hackers can’t conduct packet sniffing (packet sniffing intercepts and logs traffic that passes over a computer network or part of a network) that is commonly used by would be hackers.

Hackers typically hide their identity so they may name their Wi-Fi connection names you recognise or simply label it for public use. If you have to use an unsecured connection, make sure you are not logging into any account anew or making an online transaction. After you’re done with what you had to do, delete all the public networks from your Apple MacBook laptop.

VPNs may have garnered a bad reputation over time but they can be a useful tool if you are continually on the go and need to use free public networks occassionally. There are many different VPN clients and apps for Apple Macs, some free and some paid, consider using popular ones as opposed to free unknown ones. Think herd immunity and safety in numbers.

Put Up a Wall

Malware is a recurring problem even in the best of situations. All it takes is one dodgy email for you to potentially lose access to one of your social media accounts. This risk is magnified in a public place where it is easier for someone to try to gain access. Apple products fare better than Windows operated laptops as they have their own firewall. Make sure to check system preferences on your MacBook and see if your firewall is turned on or not.

Stealth mode in your MacBook is another way to be on radio silence on public networks. Make sure you have an admin password set up in advanced settings so that your laptop cannot automatically connect to an open network as that is the default setting.

When stealth mode is turned on, your Mac doesn’t respond to either “ping” requests or connection attempts from a closed TCP or UDP network.

Sharing documents (such as for the printer in a shop) is also dangerous in terms of malware. Save such tasks for your office space or home to limit exposure to malware threats. Your passwords including the one for your MacBook to turn on should be hard to figure out and backed up by 2-factor authentication for higher level of security. Make sure your MacBook is not set to automatic login or you could have a real problem on your hands.

Is Hacking a Crime in Australia?

Yes, hacking (or attempting to hack computers (laptops, intranet, LAN, public networks)) is a crime in all Australian states and territories including Queensland. In Australia cybercrime describes both crimes directed at computers or other information communications technologies (ICTs) such as hacking and denial of service attacks. Also traditional crimes where computers or ICTs are an integral part of the offence such as online fraud, money laundering and identity theft are all considered a crime with hefty penalties.

Some of the Penalties for Cybercrime Include

Whether you got a question regarding your MacBook laptops, Apple iMac, iOS and iPadOS devices security, The Electronic Fix can advice you as well as repair and upgrade all types of apple laptop computers in Brisbane Queensland. Furthermore, we can thoroughly analyze your digital devices security and provide computer and internet security audits as well as solutions for individuals and businesses throughout Brisbane Australia.

The Electronic Fix in Queensland Australia