Home > Blog > Why Upgrade to SSD Compared to HDD

Why Upgrade to SSD Compared to HDD

A HDD short for Hard Disk Drive has been a popular and common choice for most standard laptop and computer upgrades. HDDs are generally cost-effective and boast a considerable data storage capacity. However, in recent years, there has been an overwhelming shift to users getting a SSD installed (a Solid-State Drive) since it greatly outweighs its predecessor’s advantages.

SSDs are not suitable for every type of laptop and computer as they cost more for the memory they provide, but they can save some users money depending on their usage. Any computer technician will tell you that by using both these drives (especially when your laptop use and storage needs are extensive) is to keep SSD for the operating system and to use HDD for data storage.

You Get What You Pay For

A Solid-State Drive costs bit more $$’s to purchase than a HDD and does have a higher price per gigabyte of storage you obtain. The speed of access that a SSD provides is far superior to HDD. A SSD of a good manufacturer has an access speed of below 100 microseconds and an HDD can take anywhere 5000 to 8000 microseconds to obtain the data. A SSD can give users leeway to run several large and data-consuming software simultaneously which improves user experience considerably. This is due to the way they are created and their ability of I/O (input output) operations.

Users that need a fast and very responsive operating system for processing data, editing videos, online gaming, or other such data-consuming activities fare much better with a Solid-State Drive as opposed to a Hard Disk Drive. SSDs come in many sizes including several terabyte storage capacities making them a formidable choice for users.

Solid State Drives do not have exposed or adjoining parts that can become damaged leading to data loss. With a HDD the magnetic platters get more wear and tear and any data stored on them can be damaged due to overuse, friction, or simply unreadable over time.

Think of HDD as having moving parts, and solid-state drives have their internal parts, fixed solid, thus no moving parts. SSD’s are based on nonvolatile Flash memory that can be electrically erased and reprogrammed hence making them faster.

If you are using a HDD exclusively, make sure you are either backing up important data on a cloud storage server or an external hard drive on regular basis to avoid data loss.

An HDD is also not an ideal drive for running various CPU hungry software programs at the same time. An SSD is infinitely more reliable due to its flash memory feature which handles READ/WRITE operations unbelievably faster. Furthermore, using SSD means that there is less likelihood of data loss or data corruption. Lastly, a HDD has magnetic components so data can in theory be erased by using specific magnets. A SSD does not respond to any magnetic field so it contributes to making stored data a lot safer.

Solid State Drives are More Quite

A SSD is also known for its quietness, efficiency, and speed. A HDD makes a lot of noise (often like wheels whirring) which can be distracting and unpleasant. Users that work all day on their laptop and computer prefer a SSD as it provides a better experience without the noise. The SSD also does not heat up as fast as a HDD which can contribute to the overall longevity of your laptop as overheating can cause damage over time. 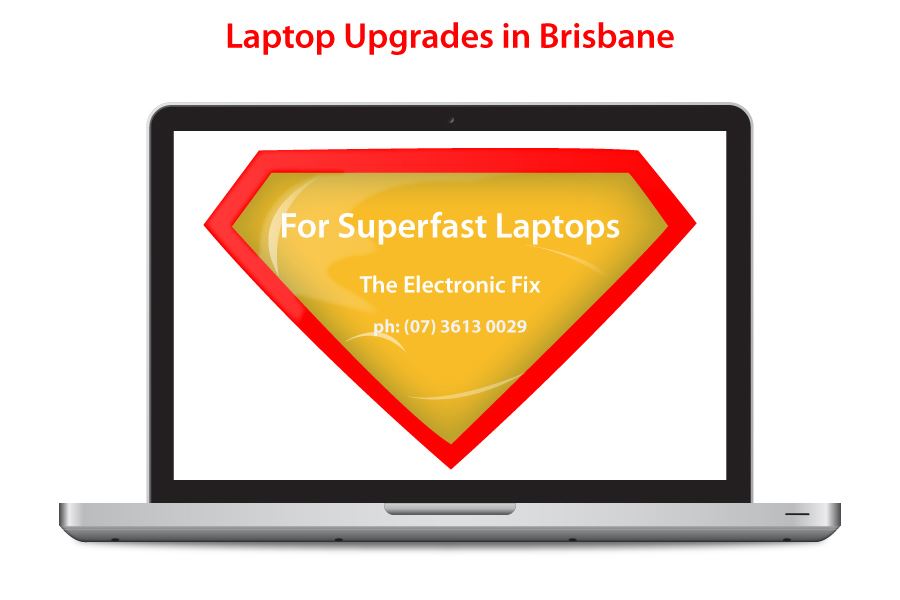 The Choice is Clear

SSD is a superior choice for a few key reasons, and since in 2021 they are affordable to have both for Operating System as well as data storage. Basically, you no longer need to have the common HDD installed on your laptop or desktop devices because you can just use Solid-State Drive for exceptional performance gains. For solid state upgrades in Brisbane, simply get in touch with The Electronic Fix friendly computer laptop technicians so that we can install a quality one that is also within your budget.