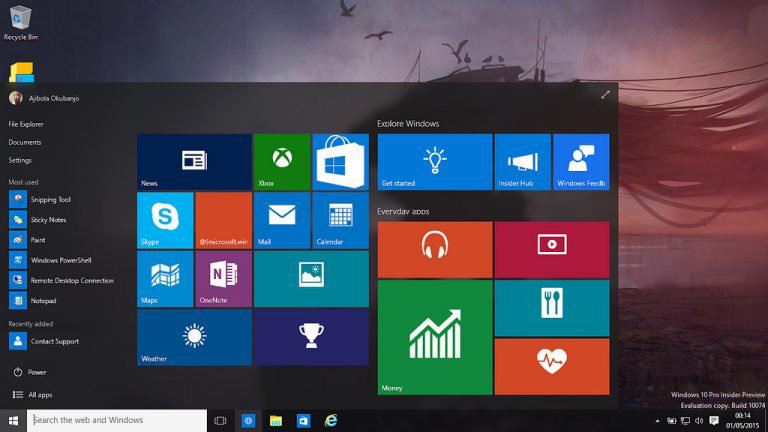 Should I Upgrade to Windows 10?

Microsoft’s Windows 10 was released a while ago, and according to recent stats, in March 2019 more than 800 million installations was reported for Windows 10 OS

If you still haven’t made the leap and upgraded your previous version of Microsoft Windows Operating System citing several reasons why you might not have updated your laptop or desktop computer to Windows 10. And if you’re worried about changes that might cause compatibility and usability issues, then The Electronic Fix has the answers.

For those sitting back, scratching their chins and wondering, ‘Should I upgrade to Windows 10?’, there are lots of pros and a few cons, depending on your individual situation and the manner in which you are using your laptop computer device.

Why You Should Upgrade to Windows 10

There are many benefits to upgrading your laptop or desktop PC to Windows 10. Firstly, there are the obvious ones like:

Also, if you’ve been worried about any early versions of the Windows 10 program having bugs, it’s been more than a whole year now, so there’s been plenty of time to have that minor stuff ironed out.

Another great reason to upgrade to Windows 10 is that support for older versions of Microsoft OS won’t last forever. For example: support for Windows 7 will only last till 2020. In other words, you’re likely to have to upgrade sooner or later. So why not do it sooner, rather than waiting for your current Windows OS to have performance or security issues?

Can I Change Back If I Don’t Like Windows 10?

In a word, yes. Microsoft has made it easy for people installing Windows 10 to ‘roll back’ the install if they don’t like the new OS. Just make sure you keep the ‘windows.old’ folder that has your previous version of Windows in it.

If you haven’t upgraded to Windows 10 yet, unfortunately you’ve missed the chance to upgrade for free from Windows 7 or Windows 8. So if you can’t afford the upgrade, you might put this off for a while until you can.

So you’re not very tech savvy? And the thought of upgrading your computer makes you break out into a cold sweat? Or perhaps you’ve tried to upgrade your computer to Windows 10 and are now having all sorts of issues with it? We can advice and also fix all problems when you contact us.

Bring your laptop or desktop computer to The Electronic Fix and let us take care of it for you. Because we can fix all kinds of IT problems including:

Contact us for more information about our services and how we can help you with any Windows 10 issues.