Home > Blog > How To Fix An Overheating Laptop 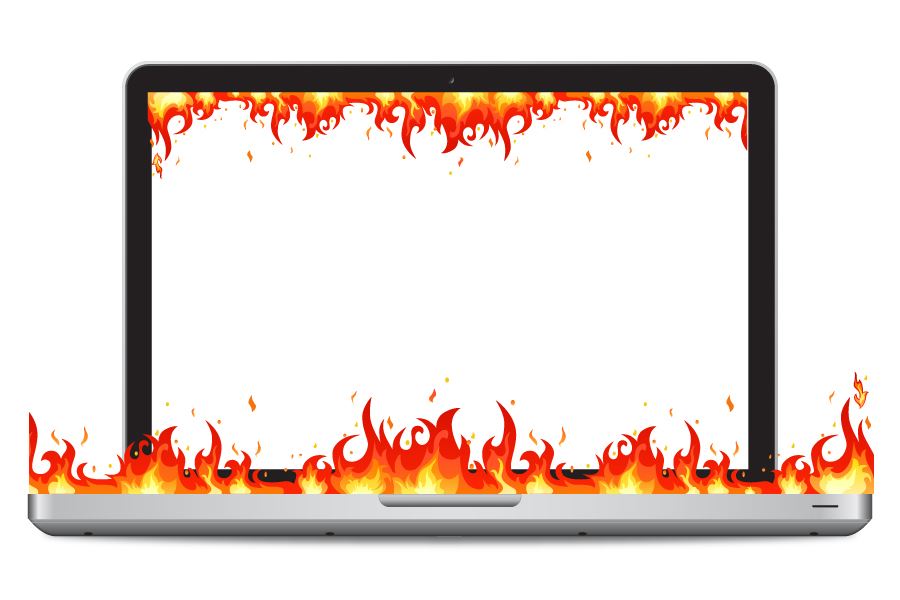 How To Fix An Overheating Laptop

Why does my laptop get so hot?

Basically your laptop will start to run hotter as time goes on and it gets older but this is not due to the age of the laptop but rather how often it is used and in how clean the local environment is.

The motherboard on your laptop has several chips that do all processing (CPU) and also the Graphics chip (GPU) and this does all graphics processing.

These two chips together generate all of the heat inside your laptop and in order to remove the heat a fan is used to cool the copper heat pipe shown above. This pipe extracts the heat that is generated by the chips that it is attached to and transfers the heat towards the fan which is blowing air from outside the laptop through the cooling fins that surround the end of the copper heat pipe. 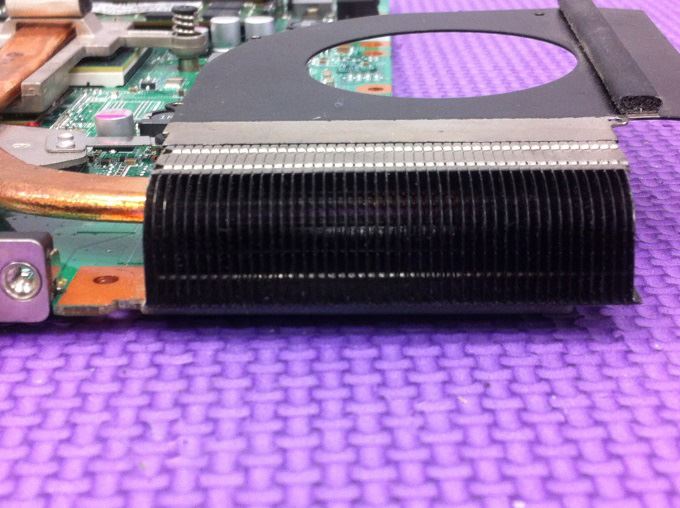 Above you can see these fins with the fan removed from the rear. When the fan runs it will cool the end of the heat pipe causing the heat to move from the hotter areas where the chips are located to the cooler areas where the fan is moving air through the laptop to cool it down. 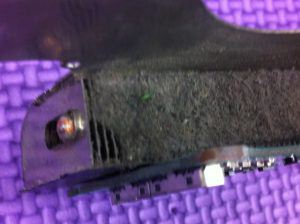 The principal is a simple one and it works well until these fins get blocked by dust, hair and lint from outside the laptop. This is when you will notice the increase in temperature and also a louder noise from the fan as it speeds up or starts to run faster.

When the fins above get to this stage then the laptop will start up but then shut down as the temperature of the CPU gets to hot.

Most laptop fans are calibrated to run at a certain speed in relation to the temperature and this is why the fans will be louder when the laptop temperature gets hotter.

It does happen that the fan has a malfunction and does not run at the required speed thus causing the laptop to eventually shut itself down.

The CPU has a built in sensor that tells the laptop what its temperature is and the safety built into the laptop will shut down at approximately 105 degrees.

Continuously running your laptop at higher than normal temperatures will eventually cause your laptop to fail and then you will need to purchase a new laptop or try to reflow the cpu if possible. 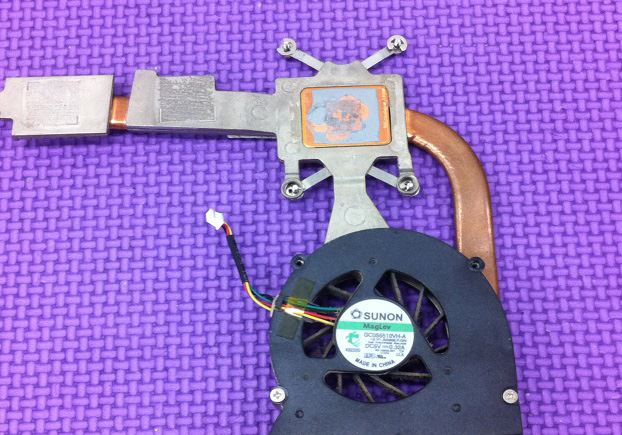 You will often hear people say that you need to regrease your CPU and GPU chips.

What this means is the thermal paste / silicone compound that is used to create a good bond between the CPU chip and the heat pipe needs to be reapplied as it starts to breakdown and dry up at higher temperatures, this breakdown is caused by the higher temperatures so cleaning the fans out then adding a new compound application is a must.

Just reapplying this compound can drop the temperature by as much as 30 degrees.

When Fixing an Overheating Laptop

The only way to repair this fault is to open up the laptop to remove the lint from the fins and reapply the thermal compound.

The lint build up can not be removed externally as blowing it into the fans will cause them to jam up, but if regular computer maintenance is done by the user then using a vacuum cleaner or compressed air on a regular basis will keep the fins clear.

This information has been brought to you by The Electronic Fix Located in Brisbane, Australia. For help with Laptop overheating problems call (07) 3613 0029 or contact us